FREEHELD is a well-meaning and earnest film based on the true story of New Jersey cop Laurel Hester (Julianne Moore). She was a very carefully equivocal lesbian until she met her younger partner Stacie Andree (Ellen Page) who was openly out. They fell in love, moved in together, and Laurel came out to her partner of many years, Dane Wells (Michael Shannon). And then Laurel was diagnosed with stage four cancer and realised that her partner would not be eligible for her pension because they couldn't be married, and so Stacie would not be able to afford to stay in their home after her death.  Laurel and Stacie's case sat before the Freeholders of Ocean County, New Jersey - five men who were worried about their re-election prospects in a conservative county had they used the latitude accorded to them by state law in allowing Laurel to assign her rights to Stacie.  But not to fear.  Steven Goldstein (Steve Carrell) a politically savvy campaigner who clearly but openly wanted to use this case to promote his agenda for marriage equality, drummed up enough publicity to shame the Freeholders into giving in.

It's a simple story, but an important victory on the road to equality.  Not sure it's entirely enough meat on the bone to be a feature length movie shown in cinemas. It sounds like more of an hour long TV drama and sadly that's what this film basically is, despite an all star cast.  It's just a big enough, conflicted enough story.  The characters don't grow. The lesbian couple are perfect and in love. The conflicted counsellor was always a good guy. The conservative counsellors aren't one over by argument or humanity but are rail-roaded by publicity.  And so it all feels a little thin and static and inconsequential which is a terrible shame for such an awful story of basic inhumanity.

FREEHELD has a running time of 103 minutes and is rated PG-13.  The movie played Toronto 2015 and was released last year in the USA, Canada, Italy, Israel and Hong Kong. It is currently on release in France, the UK, Ireland and Taiwan. It opens on March 24th in Portugal, April 7th in Germany, May 6th in Spain, May 12th in Chile, May 19th in the Netherlands, and July 22nd in Sweden. 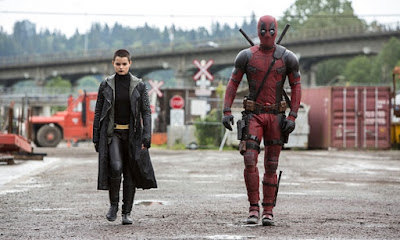 DEADPOOL has a running time of 108 minutes and is rated R. The movie is on global release.
Posted by Bina007 at 11:34 No comments: 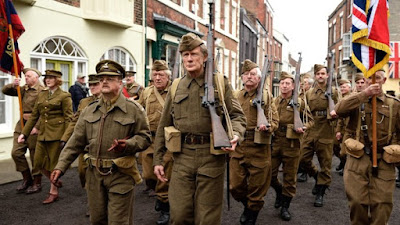