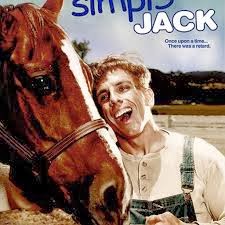 AUGUST: OSAGE COUNTY is a histrionic family melodrama of little merit in which the performances are so extreme they verge on parody. Oh look, there's Meryl Streep which all her trademark physical ticks being a drunken, mean old cancer-ridden harridan, haranguing her family so cruelly that her alcoholic husband (Sam Shepard) tops himself.  It's hard to know whether it's the character who's so repulsive or Streep's "turn it up to eleven" performance, but for whatever reason seeing the old witch harassing her children made me want to leave the cinema.  And what of her children? Julia Roberts is doing some proper acting. We know this because she has generously allowed us to see her grey roots as she portrays a tired middle-aged mother struggling with her unhappy marriage in a haze of self-righteous anger.  Juliette Lewis is cast against type as the fragile, man-dependent, delusional ditz, and it's utterly unconvincing. Finally, we get some actress called Julianne Nicholson playing a shy wallflower quite implausibly attracted to her cousin Little Charles - played by the typically marvellous Benedict Cumberbatch only two notches shy of Simple Jack.

This sack of unsympathetic, uninspired characters gather at the old witch's house for the funeral of her husband, as we would expect, all the seething resentments and nasty secrets come out.  I found the whole thing shouty and dull. The only real emotional truth came from a confrontation between Margo Martindale and Chris Cooper as the witch's sister and brother in law, arguing over their treatment of Simple Jack, sorry Little Charles.   The acting is otherwise over-done. The direction, from John Wells, plodding. The cinematography, by Adriano Goldman, often just technically bad.

What's the problem here? We've had two marvellous movies recently based on plays by Tracy Letts - BUG and KILLER JOE. In both cases, the characters were outlandish and the plotting crazy but it somehow worked and seemed real in the context of the gonzo worlds the director, Billy Friedkin, had created.  Here, the director seems to rooted to a naturalistic setting, in which his characters seem like circus freaks.  There's a disconnect - are we meant to be taking this seriously? Are we meant to be laughing? It's disconcerting, but not in the way the play is meant to be disconcerting. What a waste of the on-screen talent!

AUGUST: OSAGE COUNTY played Toronto, Austin and AFI 2013 and was released last year in the USA, Israel and Brazil. It was released this month in Australia, New Zealand, Greece, Canada, Spain, Hungary and Kuwait. The movie was released this weekend in Singapore, the UK, Ireland, Iceland, Lithuania, Poland and Romania. It opens on January 30th in Italy and Macedonia; on February 5th in the Faroe Islands, Argentina and Denmark; on February 13th in Belgium; on February 26th in France, Hong Kong, Portugal, Finland and Sweden; on March 6th in Germany; on March 20th in the Netherlands and on April 18th in Japan.

AUGUST: OSAGE COUNTY has a running time of 121 minutes and is rated R in the USA and 15 in the UK for strong language.