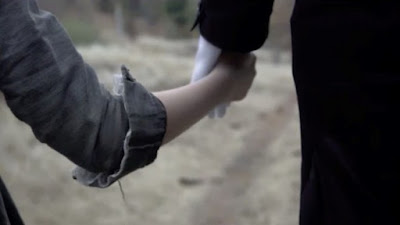 The resulting documentary is, then, a meditation on how parents can possibly monitor their children's internet lives, but also on how children, and those with mental illness are treated by the criminal justice system. Because even as I right this, it has not been finally decided if either of the girls is fit to stand trial, or whether they will face an adult or juvenile court.  And with that in mind, I was hugely conscious of the fact that it would be in the interests of the parents being interviewed to present their children as infantile and mentally ill.  I'm not saying that they were trying to do that, but I like the fact that the documentarian left enough ambiguity and space for the viewer to be allowed that conclusion.

BEWARE THE SLENDERMAN played SXSW in 2016 and was shown on HBO earlier this year. It is available to rent and own. The documentary has a running time of 117 minutes.
Posted by Bina007 at 22:14