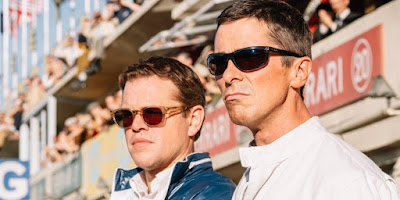 LE MANS 66 has a running time of 152 minutes. The film played Toronto, Telluride and London and was released in the UK and USA this weekend.
Posted by Bina007 at 13:45