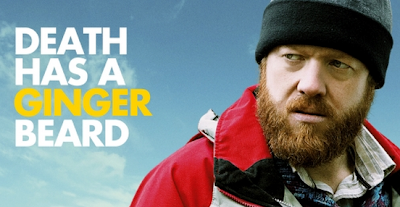 You can listen to a podcast review of SIGHTSEERS directly here, or subscribe to Bina007 Movie Reviews in iTunes.


After the surreal gangster violence of DOWN TERRACE and the cult horror brutality of KILL LIST, director Ben Wheatley swung the pendulum back toward comedy with his 2012 film, SIGHTSEERS. This is black comedy at its very finest - full of dodgy sex jokes, British camp humour, jokes about gingers and the Daily Mail.

The plot is simple:  poor, naive Tina (Alice Lowe - THIS IS JINSY) is swept off her feet by ginger Brummie Chris (Steve Oram) and taken on the holiday of her lifetime.....in a caravan!  It's all going well until she realises that rather than just get irritated by litterbugs, and sanctimonious do-gooders, he's actually murdering them.  This is revealed pretty early on, and the comedy then comes from how Tina, besotted with Chris, and actually rather liking have a guy stick up for her, is going to react to this news.

I absolutely love this film.  It's so instantly quotable it's destined to become a cult film.  Lines like "he's not a person: he's a Daily Mail reader! or "Report THAT to the National Trust!" are pure comedy gold. The acting is pitch-perfect, there's the trademark Ben Wheatley person-getting-murdered-by-getting-run-over shot, and plenty of comedy caravan-shagging.  That said, I'm not sure how far it would translate to other countries that don't get the peculiarly British references.

SIGHTSEERS okayed Cannes 2012 and was released in the UK, Ireland, Australia, France and New Zealand that year.  It opened earlier this year in Hungary, the Netherlands, Israel, Belgium, Poland, Germany, the USA, Qatar, Italy and Portugal.  It opens in Sweden on July 26th.

SIGHTSEERS has a running time of 88 minutes and is rated 15 for strong language, bloody violence, sex and sex references.
Posted by Bina007 at 21:31