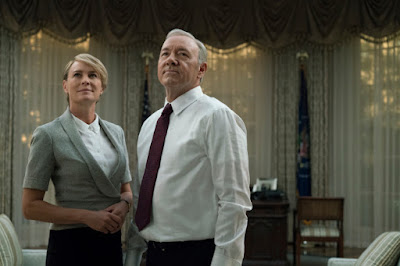 Jane Davies (Patricia Clarkson) tells the Underwoods that IT specialist Aidan McAllan (Damian Young) is being interrogated in Jordan but has not given up any information.  Jane then meets former Underwood campaign manager Leann Harvey (Neve Campbell) and tells her that he's alive but being held for information.  Leann then goes straight to Claire and tells her what Jane said in order to curry favour.  Claire confronts Jane who retains her cool. Jane also tips the President to an attack on Homs, suggests he draw a "line in the sand" before it, to justify a massive troop invasion afterward. This would also distract the Declaration of War Committee.

The Underwoods ask both Usher and Davies for their opinions on each other and both are negative. It emerges that Usher was also backing Romero as a future GOP Presidential candidate and the Underwoods demand he declare his loyalty to them.  Frank then meets with ex President Walker against Claire's advice and Walker straight up accuses Frank of stealing the Presidency.  He then throws Frank under the bus in the Congressional committee.


Doug tracks down the junkie that journalist Tom Hammserschmidt (Boris McGiver) was speaking to and sends a message to Rachel to come home.

Aidan McAllan (Damian Young) meets Leann Harvey (Neve Campbell) in a parking garage and once more asks her to leave with him. She refuses but gives him a gun. Later she gets an email indicating that he's dead with a link to some files.  He has been shot in the eye.

COMMENTS: It's hard to see how Frank gets out of Walker's testimony but they always do. It's also hard to believe that Claire has really fallen for Tom to the extent that she confesses to him. This is the jump the shark moment for me.
Posted by Bina007 at 08:10