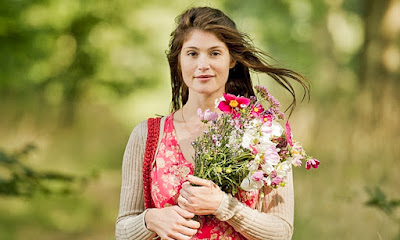 GEMMA BOVERY has a running time of 99 minutes and is rated R.  The movie played Toronto 2014 and was released last year in Belgium, France, Luxembourg, Austria, Germany, the Netherlands, Lithuania, Greece and Portugal. It was released earlier this year in Italy, Estonia, Hungary, Norway, Russia, Kazakhstan, Uzbekistan, Australia, New Zealand, the USA, Turkey and Brazil. It is currently on release in the UK and Ireland.
Posted by Bina007 at 21:48