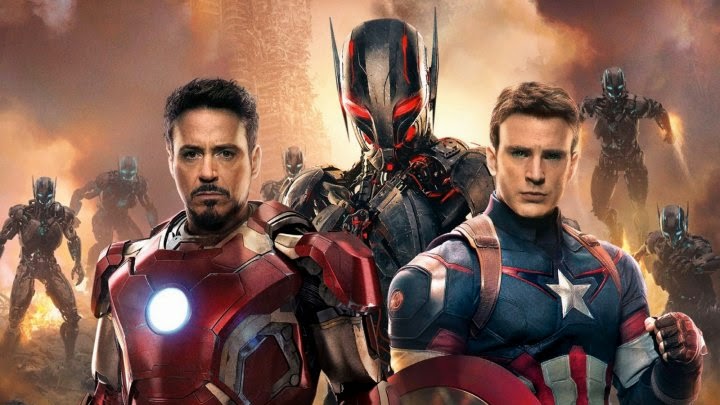 Joss Whedon had an almost impossible task to pull of in his AVENGERS sequel.  He had to give enough time to the storylines and character arcs of all the major superheroes we've come to know and love in the increasingly complex Marvel Cinematic Universe.  He had to also make room for new additions - not one, but three bad guys, and a nebulous almost a-ethical good guy.  He had to create enough CGI heavy wow moments of action and stunts. But he also had to give the movie heart. And all this in just over two hours.
Read more »
Posted by Bina007 at 07:15 No comments: 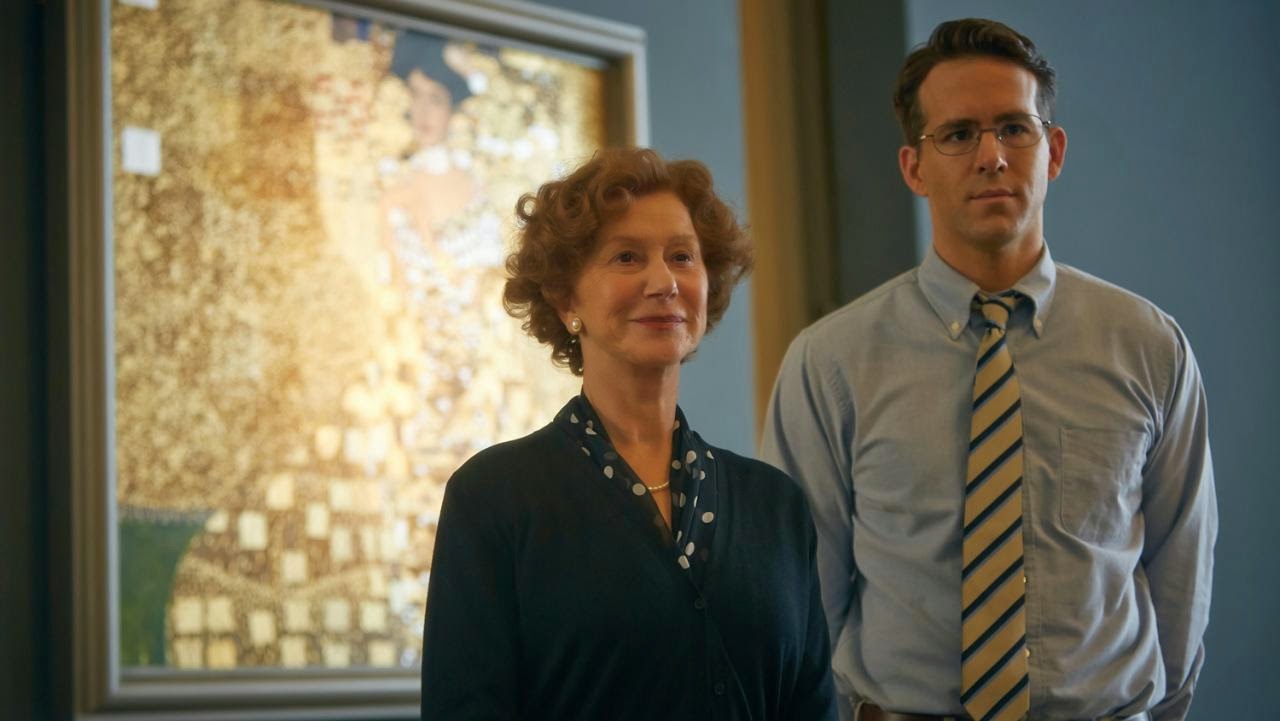 The Bloch-Bauers were a successful cosmopolitan Viennese family whose house formed a salon where one might meet Dr Freud or Arnold Schoenberg.  Gustav Klimt painted a portrait of Adele, the celebrated Woman In Gold, but this was confiscated by the Nazis along with many other works of art.  After the war the painting hung for decades in the Belvedere Gallery until Adele's niece Maria sued the Austrian government for its return.  Dispute instituting a restitution committee, the government was understandably reluctant to give up paintings which had, by then, become synonymous with Austrian culture.  The process was thus one that was obdurate and highly contested.
Read more »
Posted by Bina007 at 22:11 No comments: 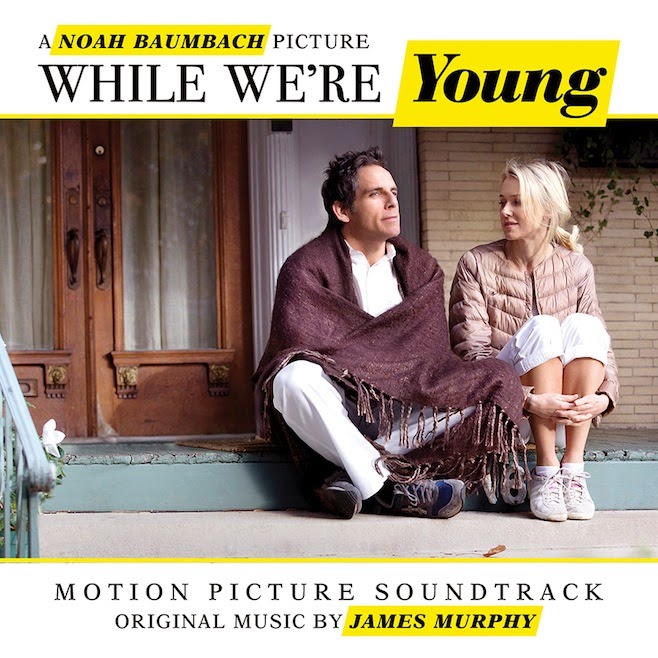 You can listen to a podcast review of the film here.

WHILE WE'RE YOUNG is a funny, acutely observed and sometimes profound comedy from Noah Baumbach - the director behind FRANCES HA and, more happily, GREENBERG.  Ben Stiller and Naomi Watts play a forty-something couple alienated from their baby-obsessed peer group who meet and become fascinated by a twenty-something couple played by Adam Driver and Amanda Seyfried. Hanging out with the seemingly-authentic fun-loving hipsters reinvigorates the older couple even as it further drives them from their old friends.  But soon the honeymoon is over as we learn that the gap between Gen X and Gen Y is wider than their years - it's the gap between a generation who learned about digital media as it occurred versus the digital natives - and this has a profound impact on every kind of basic world view and value that the two generations have. 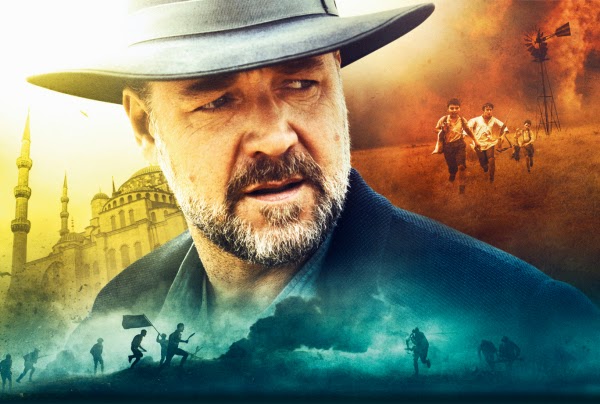 You can listen to a podcast review of this film below:

THE WATER DIVINER is a brave directorial debut from Russell Crowe.  It tells the tale of a grieving father who journeys from Australia to Turkey to find the graves of his three sons, killed in the battle of Gallipoli four years previously.  In doing so he encounters a still highly contested and wartorn land, whether the men of the Imperial War Graves Commission has to rely on its former enemies, the Turks, to help them locate bodies on the field of battle.  And while World War One may be over, the war for the future of Turkey is only just beginning, with a nationalist uprising under Kemal Ataturk beginning, bringing with it a fierce debate over secular modernisation versus traditional religious values.

You can listen to a podcast review of this film below:


INSURGENT is the second instalment of the Divergent series based on the popular young adult novels by Veronica Roth.  I didn't review the first film even though I did see it on DVD. The movie just struck me as so derivative and banal and mechanical that I just couldn't be bothered. There wasn't anything bad about it per se - it was slick and well-acted for the most part - but there wasn't anything to get me excited either.  Sadly, that characterisation applies to the sequel too. It's well-made, well-acted for the most part, and full of great CGI action set-pieces.  But it's so mechanical, so derivative and so predictable that I found myself watching it in a rather mechanical way - utterly detached from the emotional journey. 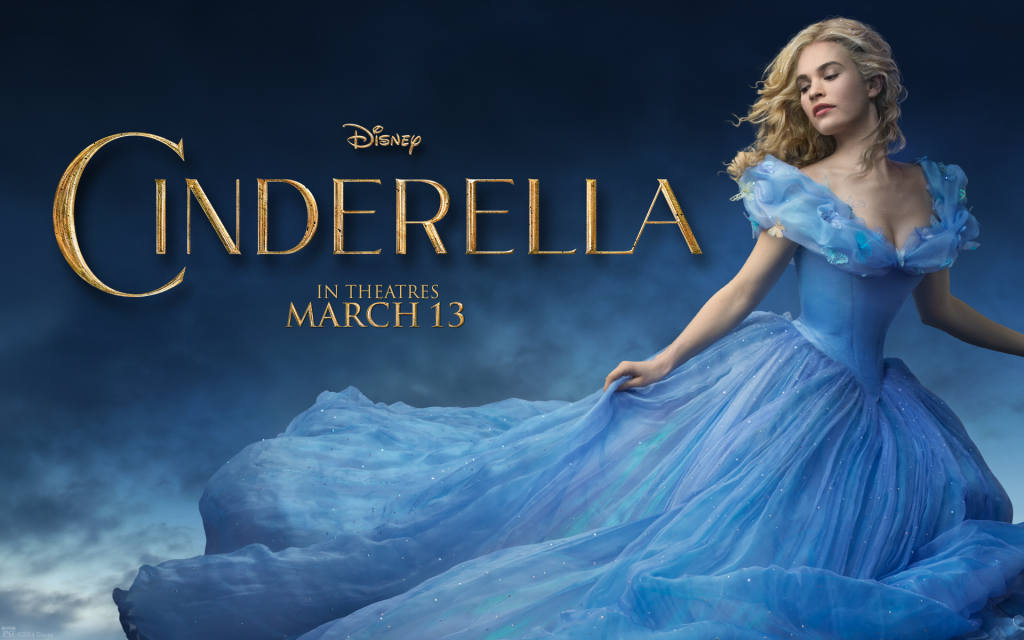 HOME is a lovely children's animated movie - funny, beautifully imagined and with a lovely message.  It has received mixed reviews and I really don't get it - I had a wonderful time watching this film.

The movie stars THE BIG BANG THEORY's Jim Parsons as another misfit alien struggling to relate to normal humans(!) - an alien called Oh.  Oh is a Boov - and his species has invaded Earth, fleeing the evil Gorg, and put resettled all humans in Australia. All humans except a young girl called Tip (Rihanna), who was saved from resettlement when her pet cat fooled the detector beams.  Oh is sweet and naive and prone to mistakes, like when he mistakenly emails the entirely galaxy inviting them to his housewarming, including the evil Gorg. As a result both he and Tip are fugitives, and team up for a joint adventure as she tries to find her mum.  On the way, we see two supposedly warring people get to know each other and a bond of true friendship form.

I really love Jim Parsons, and I think your tolerance for Oh, and his Yoda'd syntax will depend on whether you find his super-expressive speech funny. I also thought Rihanna did a great job acting as Tip, although the Rihanna heavy sound-track got wearing after a while. But the real voice star is Steve Martin, who I haven't seen/heard for YEARS as the cowardly and impetuous Boov leader. Great to have him back.  Ultimately though, the true delight in this film is its visual imagination. The idea that Oh could modify Tip's car with all the machines in a 7-11 so that it's powered by slushies and spits out nachos and popcorn as weapons.  I love how the Boov change colour to show emotion and the sheer cute plasticity of them. And the final twist, though slightly predictable, is so sweetly imagined that I couldn't help but love it.