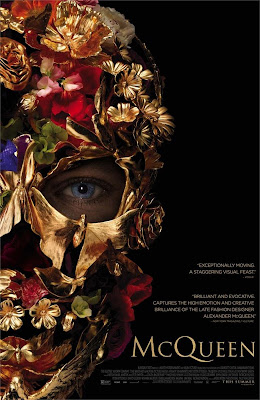 MCQUEEN has a running time of 111 minutes and is rated R.  The film played Hotdocs and Tribeca 2018 and was released in the UK, Ireland and Spain this weekend.  It opens in the USA on July 20th and in the Netherlands on September 27th.
Posted by Bina007 at 11:21