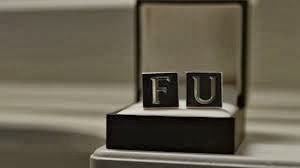 PLOT SUMMARY: Rib shack owner Freddy Armstrong (Reg E Cathey) wakes up to the news of the scandal breaking and meets with his new business partner. With his newfound wealth he offers his son a job and a home.  His son bristles at the offer despite what it would do for his son.

Claire Underwood (Robin Wright) begs Adam Galloway (Ben Daniels) to deny the affair and taking the photograph and he agrees. He also reveals that he's living with someone. Claire and Vice President Frank Underwood (Kevin Spacey) give a press conference to deny the affair.  Claire undercuts Adam's denial by saying that they commissioned the sleeping portrait and that he must have been intimidated by the press. He objects he was made to look like an idiot but she protests that the story needed to be 'messy' to be 'credible'.  Galloway refuses to play ball and releases a recent picture of Claire in the shower. In response, PR agent Seth Grayson (Derek Cecil) hires an out of work model to cut her hair and pose as the woman who was really having an affair with Adam Galloway.  The Underwoods finally meet with Galloway and tell him not to underestimate their marriage, and to play ball, which he does.

Journalist Ayla Sayyad (Mohzan Marno) tracks down Ray Tusk (Peter Bradbury) who, angered, asks lobbyist Remy Danton (Maharshala Ali) to release more dirt on Frank and Claire. That story is to reveal that Freddy served time for manslaughter. Frank refuses to distance himself, against Seth and Claire's advice. Freddy refuses to take Frank's money - but he needs to sell the rib shack to bail his son.

COMMENTS: So, this is the episode directed by Jodie Foster and written by executive producer Beau Willamon. And what an opening! Freddy lighting up a cigarette on the flaming scandal-sheets. I like that Foster/Willamon take us away from the Capitol and into the reality of living in Washington, and the strength of Reg E Cathey's performance here.  I'm not sure that I found the whole need to make the photo denial 'messy' credible.  Further on, kudos to Frank in not throwing Freddy under a bus. But this is actually the first political miscalculation he makes insofar as Freddy's son is political kryptonite.  Overall, all I can say is that Foster elicited some strong performances and that, thank god, she allowed the DP to actually light the scenes.
Posted by Bina007 at 18:52