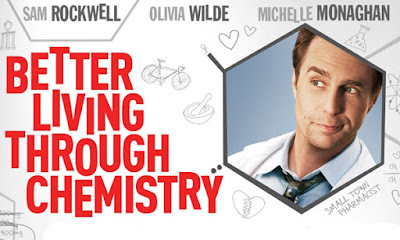 BETTER LIVING THROUGH CHEMISTRY has a running time of 91 minutes.  It was released earlier this year in the USA and is currently available on DVD.
Posted by Bina007 at 13:04