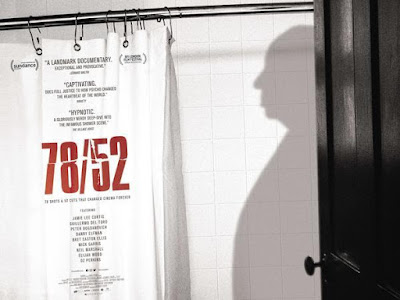 78 setups - 52 cuts - 2 minutes - those are the metrics behind the infamous shower scene in Alfred Hitchcock's brutal masterpiece - PSYCHO.  In this meticulous and beautifully curated documentary we get an in-depth look at how that scene was storyboarded, edited and scored - why it works so well - and what meanings Hitchcock was trying to convey.   Director Alexandre O Philippe - of the superb THE PEOPLE VS GEORGE LUCAS - does an amazing job in assembling a wonderful cast of commentators and letting them speak.  He gets everyone from Janet Leigh's original body double, to her daughter Jamie Lee Curtis, to horror directors Eli Roth and Guillermo del Toro, to author Brett Easton Ellis.  He gets Danny Elfman who scored the remake, and countless expert cinematographers and editors who takes unto the technical detail of how PSYCHO's impact was achieved. The result is a doc that isn't for dilettantes but a film that will reward the Hitchcock fans looking for further insight. It was an absolute delight to watch.