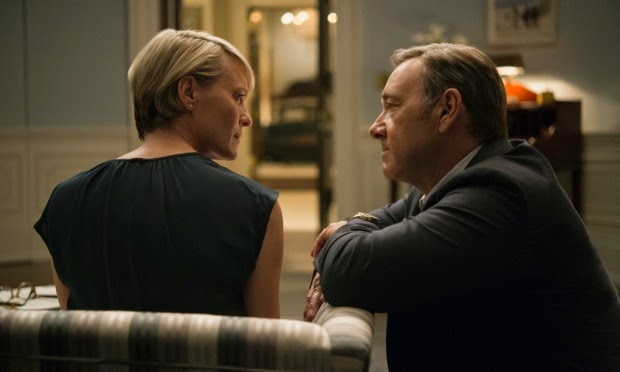 COMMENT:  I had just been thinking how irrelevant Remy Danton had been to this season - a token black man in a white series.  And suddenly this show tackles the race issue head on with a stop and search. Will it have the balls to follow up this storyline, though?  Or will it just be a crush to get Remy and Jackie Sharp back into bed together?  Otherwise the Stamper storyline creaks it's wheels into the final act & the Russian-Israeli diplomatic fracas seems to be plausibly escalating.  Less insider political chicanery than I would've liked but a good tense and subtle episode.

PLOT SUMMARY:  Russian casualties in the UN peace-keeping mission cause a diplomatic crisis.   FU needs Yates to finish the book more than ever now as part of his campaign but he notices something is off.  Petrov refuses to allow the allies to investigate the attack so Claire asks the Russian Ambassador to help her back-channel the diplomacy.  The Ambassador accuses Petrov of having engineered the attack to isolate the Russians, as he never wanted the peacekeeping force.

Meanwhile Doug Stamper continues to string Gavin Orsay along about providing him with a new passport. Stamper then calls Seth for a meeting with Frank claiming that his mother died.  When they meet, Doug gives him the photos of Rachel Posner and admits that he's drunk and that he only ever worked for Dunbar to be useful.  Frank offers to help, but Doug refuses rehab & says he's not Peter Russo.  The murderous implication is clear.  Frank looks genuinely concerned & calls Heather Dunbar in wrath.  Later in a White House situation room we see US soldiers sent into the Jordan Valley to investigate the Russian blast site. But they meet with gunfire and the mission is aborted. The Russian President is furious & leaks the footage to the Israelis who enter the Jordan Valley in turn.  FU writes letters of mourning to the parents of the dead soldiers.

In an incredibly timely plot story, Remy Danton is stopped by a police officer, allegedly for speeding, but basically because he's a black man driving a nice car.
Posted by Bina007 at 19:14