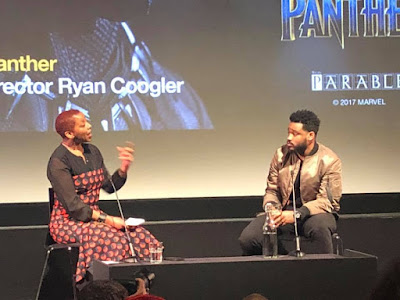 BLACK PANTHER has a running time of 134 minutes and is rated 12A for moderate violence, injury detail and a rude gesture. It goes on global release on Wednesday 14th February.
Posted by Bina007 at 17:41