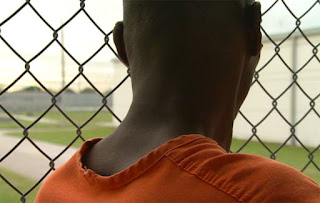 Eugene Jarecki's Sundance award winning documentary, THE HOUSE I LIVE IN, is a powerful and insightful examination of the US war in drugs. Inspired by the family history of his family friend and employee, Nani Jeter, Jarecki comes to the topic with fresh eyes and enquiring heart.  He interviews everyone from cops, judges and prison officers, to dealers, addicts and their families.  He brings in medical experts and historians of social policy.  Most prominently, Jarecki brings in investigative journalist turned screenwriter, David Simon, the man who created The Wire.

I came the this documentary a little complacent that because of obsessive viewing of The Wire and reading in this subject, I wasn't going to learn anything new.  But I was wrong.  Where Simon gave us a deep and penetrating analysis of once city, from he Senator down to the kid on the corner, savagely indicting current policy, Jarecki takes a broader view.  He traces the war's origins to the early decades of the last century, when drug use was criminalised to provide enforcement agents with a hook upon which to arrest elements in society that were an economic threat.  And, then, with the urbanisation of the black population, the situation was compounded by housing policy that concentrated the "target" populations and made a simplistic policing policy of low level arrests easy and efficient to organise.

The irony is that policies that were once either designed, or had the unintended consequence of marginalising the urban black poor, are now capturing the rural white poor, as disenfranchised blue collar workers are turning to meth.  Simon in particular makes a strong case for the war on drugs as basically as a class war, in which Americans rendered economic valueless are conveniently rounded up and incarcerated.  It's powerful stuff, even more so when an historian compares the marginalization of these people to the marginalization  of the Jews in 1930s Germany.

It's testament to the intelligence of his documentary that that parallel isn't pushed too far.  But after two hours witnessing the futility of a policy that takes people with no economic opportunity and further punishes them, we need as provocative an ending.  The result is a documentary that is in the best tradition of agitprop, well organised enough for the viewer with no prior knowledge but with enough new material for the armchair specialist.