Sundance London 2012 - SHUT UP AND PLAY THE HITS 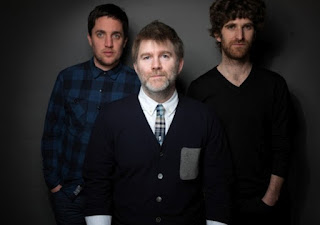 So I walked into the screening of SHUT UP AND PLAY THE HITS having never heard of the band LCD soundsystem nor caring that it was a super influential synth rock group that had apparently retired at he top of its game with a show at Madison Square Gardens last year.

And this new concert film by British directors Dylan Southern and Will Lovelace (BLUR: LIVE IN HYDE PARK) made no concessions to viewers who Kent not know what the fuss was about.   We get a short clip from the Colbert Report where the schlubby middle aged front man tells us he wants to retire and do non specific stuff. He likes coffee. And then we're into songs from the last gig interspersed with the random clips of the post concert wind down.

Watch this flick.  It doesn't matter if you've heard of the band (and I'm sure everyone but me has!). This is great music, and a great doc.

SHUT UP AND PLAY THE HITS played Sundance and Sundance London 2012.  It will be released in the US this summer.
Posted by Bina007 at 19:28