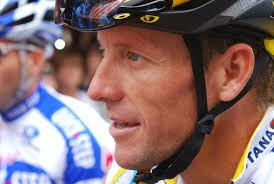 In the run-up to this year's London Film Festival, I thought I'd give a shout out to some exceptional films for which you can still buy tickets, here, at the time of writing.

Perhaps one of my most anticipated films at this year's festival is Alex Gibney's Lance Armstrong documentary, THE ARMSTRONG LIE.  I had high hopes, not because I'm a massive cycling fan, or know so much about the now infamous doping scandal, but because I had become fascinated by Lance Armstrong as a symbol, and perhaps scapegoat, for all that's bent out of shape in popular culture. Here was a guy - a sportsman - who had provided a narrative that was so compelling that he had apparently been able to glamour the world into ignoring the mounting evidence of his corruption.  He bullied, litigated, threatened and dominated.  He stared down anyone who accused him of winning his seven Tour de France titles illegitimately.  And yet, which is worse? The man who saw cheating as just another plane on which to compete, in a sport already riddled with drugs? Or the sports' governing bodies, sponsor companies and media that were at best, won over by his charisma and money, or at worst, collusive in a narrative that brought them all great riches.  Today, Lance Armstrong has been rightly stripped of his titles. And because he was sponsored in his early days by a US Federal Agency, he is facing a lawsuit that could result in $100m of damages. In other words, he is morally and financially bankrupt.  But what about everyone else who knew, covered it up, tipped him off, got rich, and got away?

Alex Gibney's documentary is remarkably even-handed in covering a case that is extremely polarising.  He admits to when he is glamoured by Armstrong - he admits to when he doesn't know if, even now, Armstrong, even now, is telling the truth - most strikingly about his supposedly clean 2009 attempt at the Tour de France.  What Gibney does is just lay out the facts and the footage - the witnesses, the enablers.  He has amazing access and great organisational and editorial skills.  The result is a movie that takes us back to Lance's days as an angry cocky young man, refusing to be outplayed by doped up European teams, who hires the best doctors and competes before and after his cancer.  He shows a guy who is a better narrative artist than he ever was a cyclist, who even now is probably fashioning a narrative to explain his fall from grace in mythic terms.

I came out of the documentary with greater insight, greater nuance to my take on Lance Armstrong, which is what this story so desparately needs.  I finished watching the infamous confession on Oprah Winfrey with a certain harsh judgment but now I feel I have the context for something more equivocal. Anyone who believed in Lance, or thinks they hate him, or know the truth in this case, should check this film out.  And even if you aren't interested in cycling, there's something tragic and truthful in a tale of organisations made corrupt by money and a popular culture so desperate for heroes it will wilfully collude in a story that is literally too good to be true.