I watched 139 films in 2012 and despite the grinches and naysayers, I thought this was a great year for film.  So much so that I refuse to indulge in a trite Top 10 list, or grinch my way through a Bottom 10 of the year.  Instead, here's a list of all the films that moved me, impressed me, surprised me or made me laugh, split by category. It's a list that reflects my own tastes - often puerile, anti-hippie-vegetarian, politicised and eccentric.  It's far from comprehensive - I watch very little horror, even less action and due to an ankle injury mid-year, missed a lot of summer blockbusters. But it sums up my year in movies and I hope gives you a few left-field suggestions for DVDs and Festival screenings turned mainstream releases in 2013. 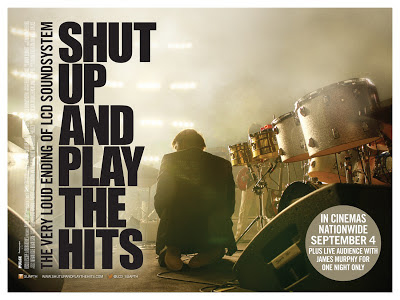 To begin, it felt like 2012 was a great year for DOCUMENTARIES. In March, I watched two superb docs during the Sundance London Festival.  Will Lovelace and Dylan Southern's film of LCD Soundsystem's valedictory concert at Madison Square Garden, SHUT UP AND PLAY THE HITS, introduced me to the best band of the decade about a decade after everyone else caught on (doh!) and led to a month of round the clock listening.  Sometimes it feels like I'm Losing My Edge is the soundtrack to my professional life.  The Kids Are (indeed) Coming Up From Behind. More closely related to my dayjob as a greedy capitalist bastard, Lauren Greenfield's THE QUEEN OF VERSAILLES was a surprisingly touching look at the excesses of the credit-fuelled property boom and subsequent bust - a microcosmic counterpart to the superlative MARGIN CALL.  Back at the multiplex I cried like a baby during Kevin MacDonald's MARLEY, in memory of a rejected man who became a legendary musician and spread love, perhaps all too freely for his children's taste.

This was also an exceptionally strong year for docs at the London Film Festival.  Shola Lynch's FREE ANGELA AND ALL POLITICAL PRISONERS reaffirmed my admiration for Angela Davis and the principled articulate protests of the 1960s and 1970s, in sharp contrast to the amorphous, inarticulate Occupy movement of today. Alex Gibney produced a similarly hard-hitting documentary looking at the Catholic Church's tragic mishandling of child sex abuse, by working out from the original US court case.  MEA MAXIMA CULPA was a necessarily painful watch for those who, like me, still consider themselves members of the Church, but given the recent allegations about Jimmy Saville at the BBC, raises important questions about all institutional cover-ups.  FREE ANGELA and MEA MAXIMA CULPA touched subjects close to my heart, but it was a testament to just how well put together Nick Ryan's THE SUMMIT was that I was fascinated by his K2 mountaineering disaster doc.  It doesn't yet have a UK or US release date which is a crying shame.

My final three documentary picks are about larger than life eccentric geniuses who defined their eras and fundamentally changed their art.  The first is Charlie and Lucy Paul's portrait of Gonzo artist, Ralph Steadman, FOR NO GOOD REASON.  The film-makers show Steadman drawing, and capture an in-depth with Johnny Depp that examines his famous relationship with, and resentment of, Hunter S Thompson.  A LIAR'S AUTOBIOGRAPHY is a fantastically innovative animated biography of Monty Python's Flying Circus member Graham Chapman - openly homosexual when that was still a crime, but a closeted alcoholic. Bill Jones' doc is as irreverent and witty and surreal as a Python deserves.

But hands down the most balls-out insane doc about the most balls-out insane man is the aptly titled BEWARE OF MR BAKER.  Poor Jay Bulger spent years chronicling the angry drummer's tirades, vitriol and bile, while also reminding us just how revolutionary a man he was, principally with the legendary supergroup Cream.  Ginger Baker is also the only man who has threatened to smash a broken bottle over the head of the man who shot his doc on stage at the London Film Fest.  He also inspired the character Animal on The Muppet Show.  Legend come to life. Watch it.