THE LADY IN THE VAN - Crimbo Binge-watch #1 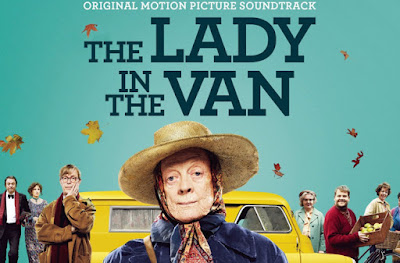 THE LADY IN THE VAN is the very funny, rather moving true story of an old homeless lady - Mrs Fletcher - who was taken in by the famous writer Alan Bennett.  Maybe "taken in" is too strong.  She lived in a ramshackle van, had no bathing facilities, and sold small items for money.  She parked up her van outside various houses in a street in Camden until Bennett took pity on her and let her live in his driveway and use his lavatory.   What begins as a kind of bizarre fascination turns into an odd sort of friendship, sustained over decades, culminating in an understanding of what drove her to madness, and a play, then film, for the author.

The result is a film that is - typically Bennett!  Wry in its observations of English class niceties - the tolerance of a homeless woman by middle-class pretentious people who think they are somehow being charitable in their condescension - and yet that odd way into which English people will transform something unpleasant into a national treasure. And let's be clear about how unpleasant Mrs Fletcher's hygiene and habits could be!

In front of the lens, Alex Jennings is superb as not just one Bennett, but two - as the author turns into his own interlocutor - a fantastic conceit that avoids the dreaded voiceover. Maggie Smith gives Fletcher more than just the Dowager Duchess' acerbic wit but also real pathos. And occasionally there's some provocative stuff about the demands that religion makes of us.  This film is both intelligent and moving - a real delight.