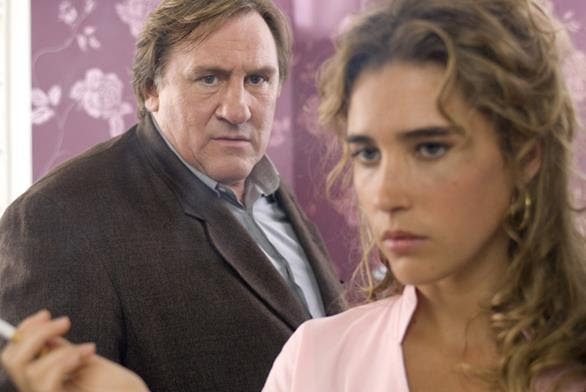 BELLAMY is an interminable and deeply dull French cop movie directed by Claude Chabrol and starring Gerard Depardieu as the eponymous retired "flic". The movie lazily meanders through life in Nimes, where a sort-of crime is sort-of solved or rather pieced together by Bellamy through a series of happy coincidences. For example, Bellamy's wife's dentist happens to sell his car to the police chief who happens to be boffing the mistress of the alleged murderer. The mistress is - obviously - the pedicurist of Bellamy's wife. Oh, and the alleged murderer's wife's son is tutored by Bellamy's wife. The upshot is that there is no tension nor are there any steel interviews. People give up info over a cup of coffee. And anyway, the info isn't that exciting.
I just can't make BELLAMY out. What is Chabrol trying to achieve? The plotting is sub-TV quality and the production lifeless and wearisome. I swear only Depardieu's innate charm kept me from walking out.
BELLAMY played Berlin 2009. It opened earlier this year in France, Belgium, Argentina, Germany and Austria.
Posted by Bina007 at 18:20