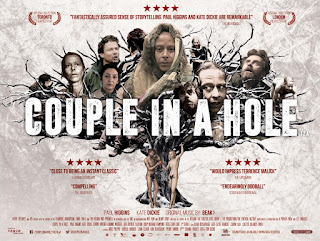 COUPLE IN A HOLE has a running time of 105 minutes and is rated 12 for infrequent strong language and animal butchery.  The movie played Toronto 2015 and opened this weekend in France and the UK, where it is also available on streaming services.
Posted by Bina007 at 14:43