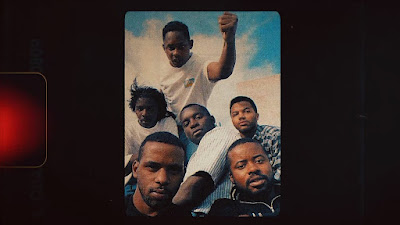 Kristian R Hill's kinetic, fascinating documentary tells the forgotten story of how a group of talented, innovative black men invented techno in 1980s Detroit, years before white DJs started making bank playing to thousands of bourgeois white folk in Ibiza.
I love documentaries like this - documentaries that are rigorously researched; fast-paced; and feature pretty much everyone who was important to the story barring the late lamented Frankie Knuckles - in particular The Belleville Three of Derrick May, Juan Atkins and Kevin Saunderson.
For those of us who grew up dancing to Inner City and 808 State it's a total nostalgia kick - but more than that - like learning about the roots of the genre that you saw in its later, commercial state. I had no idea that techno was named in a business meeting, prompted by a London distributor. I had no idea that it had its roots in George Clinton's Funkadelic and Kraftwerk with a side order of the Motown rhythm section. And I loved seeing how each iterative technological change - from the 303 to the 808 to the... 909 - allowed for further innovation.

The only problem with the doc is its focus on Derrick May and then the final scene revelation that he has been accused of sexual assault and dropped from gigs, but denies the accusations and has not been charged. It left me breathless - like, wait, what, that's just what we're getting - a line of text? and no way of now working out what this means for his legacy. I know this doc is probably not where to litigate these claims but still this felt.... casual and cursory.

GOD SAID GIVE 'EM DRUM MACHINES has a running time of 92 minutes.  The film played Tribeca 2022 and will play the BFI London Film Festival. Tickets are available here.