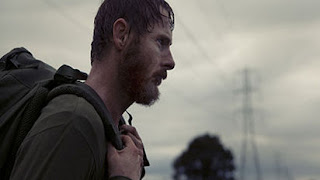 In the fourth of Channel 4's event drama, SOUTHCLIFFE, it is a year after Stephen Morton went on a mass shooting in the seaside town, and we see the devastating impact of those events on its victims' families.  The parents of the teenage girl, Anna Salter (Kaya Scodelario) take up most of the screen time.  Disturbed mother Claire (Shirley Henderson) becomes obsessed with an immigrant woman that she is believes has been forced into prostitution and takes desperate measures to infiltrate the so-called brothel and free her.  Her husband Andrew (Eddie Marsan) is supportive but uncomprehending and lost in his own grief.  The other major story is that of journalist David Whitehead (Rory Kinnear)  who returns to Southcliffe having received a mysterious note, ostensibly to investigate whether Stephen Morton is still alive, but really it's to pick at his old grudge against the town that covers up its own scandals.

The final episode of SOUTHCLIFFE peters out and merely comes to an end without any kind of resolution. Maybe that's the point that writer Tony Grisoni wants to make - that a town never really recovers or moves on or gets closure from such events. The wounds are deep and fester and even decades later the grudges are still there. The problem is that this makes for a drama that is alternately hysterical and melodramatic (Claire Salter) or almost numbingly dull (David Whitehead.) I am not sure what, at the end of this series, has been achieved, other than four hours of unrelentingly grim, dour and depressing drama.  It was not engaging, it did not reveal any great emotional insight, and certainly wasn't entertaining.

THE THIRD EPISODE OF SOUTHCLIFFE ORIGINALLY AIRED IN THE UK ON AUGUST 18TH.
Posted by Bina007 at 21:47