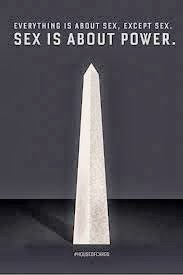 PLOT SUMMARY: Vice President Frank Underwood (Kevin Spacey) engages in back-channel diplomacy with Chinese businessman, and partner of Ray Tusk (Peter Bradbury), Xander Feng (Tony Chen).  Interestingly, Feng asks Frank NOT to drop the currency manipulation charge in the WTO because it's convenient for the Chinese senior leadership to blame the move to a free floating currency on the US. Claire Underwood's communications advisor Connor Ellis (Sam Page) leaks the news of the backchannel diplomacy to the press, implicating Feng. The President is torn between Tusk and Frank - the former telling him to continue talks and the latter arguing to break them off. He decides to pull out but in doing so accuses Frank of making a mess.

The late Zoe's ex-lover Lucas Goodwin (Sebastian Arcelus) continues to investigate the murder, but is lured into breaking into a server facility by his hacker ally Gavin Orsay (Jimmi Simpson), himself under coercion from Doug Stamper's (Michael Kelly) associates at the FBI.

Claire Underwood gets closer to the First Lady (Joana Going) and wins her support in her advocacy.   Meanwhile, communications specialist Seth Grayson (Derek Cecil) fools a widow into giving up the records of Claire's abortion and destroys them on the understanding that he usurps Connor Ellis after a convenient few months and a private sector job offer. The Underwoods reluctantly agree because inasmuch as Seth is untrustworthy, at least he's not incompetent, like Connor.

COMMENTS: Ok - hands down the coolest opening - from perverse sexual practices to a Civil War re-enactment! And slavery may have been called many things, but nothing as cynical as "Avoid wars you cannot win and never raise a flag for an asinine cause like slavery."  Other than that, the machinations of the trade talks with China are not massively interesting but I suppose need to be put into play to prepare for the forthcoming Tusk-Frank civil war.  I also do not give a frack about Lucas (still).  But this Seth character is interesting, although I balk somewhat at Claire's apparent credulity at taking in someone who tried to extort her (or indeed, leaving evidence of abortion out in the open in the first place). How come the ever-efficient Underwood's didn't trick that widow themselves, years ago? And finally, amid all that cynicism, something very touching about Frank burying his ring in the ground of the Overland Campaign. With that, and the defence of Claire, he is becoming rather more human this season, even as he commits murder.
Posted by Bina007 at 21:15