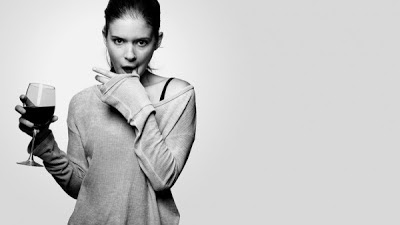 PLOT SUMMARY:  Two stories work in parallel. In the first, Justine Sorski (Constance Zimmer) confronts Zoe Barnes (Kate Mara) with the fact that she knows Frank Underwood (Kevin Spacey) was feeding Zoe stories. They work together to uncover why dead Congressman Peter Russo didn't testify in favour of the shipyard, realising that Frank probably strong-armed him, and was arguably linked to the machinations to get Kern to resign as Secretary of State, and to get Terry Womack appointed House Majority leader.  In doing so, they are aided by Russo's former lover and aide Christina and a stripper called Echo.  Doug Stanhope realises they are on the case but promised Frank he can contain them.

Meanwhile, Linda (Sarakina Jaffrey) and Frank try to manipulate President Walker (Michael Gill) into nominating Frank for the Vice Presidency.  However, the President has duped Frank into flying to St Louis to vet billionaire Ray Tusk, all the while asking Tusk to vet Frank.  When Frank realises this, Tusk asks for a favour in exchange for a recommendation.  Frank decides to go after Ray's nuclear interests instead.

COMMENTS:  As we move into the endgame, the net is closing in on Frank, but this episode is mostly set up.  The Scooby Doo gang is on the case, and retracing Frank's steps is rather dull. I also find it implausible that Lucas should think himself in love with Zoe when she's such an unlovable character. Indeed, it's one of the virtues of this series that it doesn't try to make the characters lovable.  Down in St Louis, I was far more amused by the thinly veiled portrait of Warren Buffett - the billionaire Tusk still living in his modest house. But even there, the idea of creating yet another obstacle for Frank to jump over seems a bit weak. We know he will, but have to wait till the next episode.  So all in all, I get why this episode has to exist - it's about the plot machinations that bring us to a final confrontation between Zoe and Frank. But it all seems rather pedestrian, and a bit disappointing from director Allen Coulter of Boardwalk Empire fame.
Posted by Bina007 at 19:38