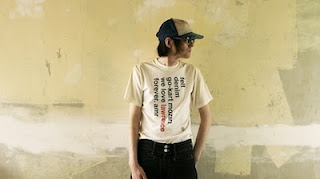 LAWRENCE OF BELGRAVIA is about a real British musician called Lawrence - no sirname - who had a glimmer of success in the underground rock scene in the late 80s and early 90s but never really troubled the charts and has since faded yet further into obscurity. Living on the poverty-line, a recovering addict, scrabbling for a gig, and yet still convinced he has that one great record - Lawrence is a tragicomic figure. It's quite astonishing to see how far a man can fall - and yet still have a complete sense of self, and a righteous indignation about the fame the world owes him. The result is that Paul Kelly's documentary is at once terrifyingly specific - rooted as it is in Lawrence's particular personality - but also a cliché. The intimacy and access afforded to the director, and an editorial style that focuses on an unwitting punchline, gives the movie flashes of SPINAL TAP humour. We like Lawrence, but we also laugh at him.

The problem is that the movie has little to offer other than the innate charm and comically monstrous ego of Lawrence - and that begins to bore after a while. I also felt that the movie, which assumes the audience already knows and loves Lawrence, lacked context and objectivity. I would have loved to have seen people other than Lawrence describe why his bands - Felt and Denim - were significant (or otherwise). I also wonder whether a non-British audience will understand the significance of Lawrence claiming that he was never a success because John Peel didn't like his music. Without context, will they know the importance of the BBC Radio 1 DJ in championing new bands? And I would have liked Paul Kelly to press Lawrence on his years of addiction, rather than just coolly presenting it as fact. Because in a sense, where this documentary could have been really great - could have had an impact beyond hagiography - would've been in presenting Lawrence as a warning to all young aspirant musicians who want it all, never get it, and whose frustrations leads them into a downward spiral. Sadly, Kelly chooses to play it for laughs - albeit fond rather than nasty - instead.

LAWRENCE OF BELGRAVIA has no release date.
Posted by Bina007 at 23:10