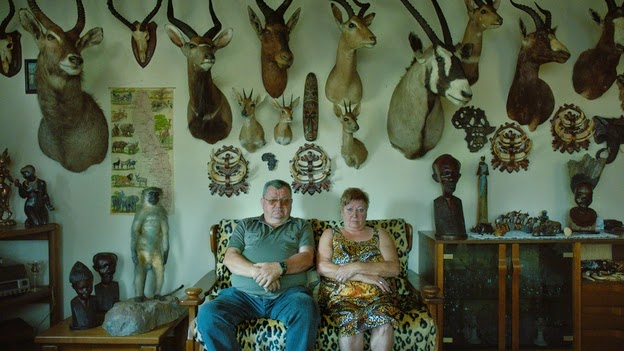 Ulrich Seidl's IN THE BASEMENT is a slippery darkly comic movie satirising the popular image of Austrians post-Fritzl - as ex-nazis who do weird things in the basement.  It's presented as a documentary but is clearly a mockumentary that sends up the outside world's most absurd fears but each time with breathtaking technical poise that dares us to take it seriously. It's a superb and short cinematic joke but ultimately tells us something provocative about the prejudices we may hold about Austrians, and the prejudices Austrians may hold about themselves.