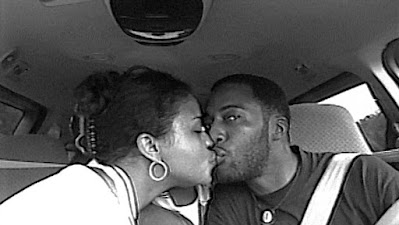 TIME is a truly beautiful documentary - in look, sound and sentiment - that gives us a very personal and human look at the pain that the iniquities that the American criminal justice system imposes upon black people.  Spanning twenty years of home videos and contemporary documentary footage, director Garrett Bradley beautifully shows us the life of the Richardson family.  Mum ad dad - Fox and Rich - committed a robbery in the mid-90s out of economic necessity. Mother of four boys and pregnant with twins, Fox took a plea deal and was out in three years. If Rich had taken the plea he'd have been out in 12 but instead he was convicted and sentenced to 60. And so we get 20 years of Fox campaigning to get her husband out, suffering the disappointment of failed parole pleas, all the while raising her sons on her own.  She takes evident strength from her community and her Church but still, quite understandably, alternates between indomitable hope and cynicism about a system that wants to keep black men in prison. She laments her sons growing up in a house without a father.  And yet she manages to grow into a confident, penitent, successful small business owner and activist.
I love everything about this film - from the beautiful way in which Bradley weaves archive and contemporary footage and chooses to blend the two in black and white imagery.  I love the immediacy of the home footage shakeycam - the way in which I feel like I'm part of the family and have seen the kids grow up!  Most of all, I loved the piano and string heavy score from Edwin Montgomery and Jamieson Shaw, with its echoes of Richter and Britell. Overall, despite the heavy subject matter, I came away with a sense of the strength, love, and honesty that fills this family and its community.

TIME has a running time of 81 minutes and is rated PG-13. It played Sundance 2020 where Bradley won Best Director. It goes on limited release in the USA today and will be on Amazon on October 16th.