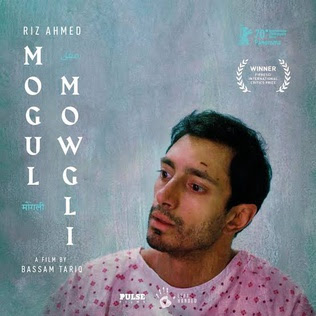 What a steaming pile of horse manure this film is.  Filmed in 4:3 aspect ratio for no discernible reason, the movie opens on Riz Ahmed (ROGUE ONE) playing "Zed" rapping at a concert about the conflicts arising from being an ethnic minority in contemporary Britain. We then see the selfish and utterly unsympathetic Zed get dumped by his girlfriend Bina(!) before returning home from New York to his parents in London.  He's the kind of dick that patronises his first-gen immigrant parents - telling his mum he's going to unpack a washing machine so she can't return it, insensitive to the fact that economic disruption and trauma have made her thrifty.  Anyway, things take a turn for the worst when Zed is diagnosed with a debilitating illness that sees him dependent on his dad and the NHS. In fact, one of the best things I can say about this film is that's its a really authentic and damning indictment of the decrepit NHS estate.  But it's all okay because he has a miracle cure AND makes up with his dear old dad through rapping about Toba Tek Singh.  Of course, white folks aren't going to know who that is because the movie never bothers to explain. But those of us of North Indian or Pakistani descent or those of us familiar with the short stories of MANTO from last year's festival know that he was a fictional Punjabi man driven mad by Partition. And this is the thing that really pisses me off. Partition is about as serious and traumatic a topic as it gets for Indians and Pakistanis but this film picks it up and plays with it as an image of a railway train and as a sight of a madman but never really follows through with any kind of profound conversation about how it still resonates for us today. This is a film that WANTS to be about how hard it can be to reconcile your Asian and British identity - and the differing values and misunderstandings between first, second and third get immigrants - but it just doesn't do the narrative work of taking us there.
Final comment #one - there is one good thing about this film: that for the first time on film I have seen something that happens a lot in my community: a conversation between two people where the first gen immigrant speaks one language, and the second get immigrant speaks another, and they both understand each other and it's completely normal.  That was cool to see. I suspect the director and writer was using this to show how distant Zed is from his mum, but it felt just normal and value-less to me.
Final comment #two - There are too many scenes on the toilet in this film.
Final comment #three - The only reason to watch this film is for the pastiche rap video by Zed's arch-nemesis RPG (Nathaan Rizwan - 1917) - with his song "Pussy Fried Chicken".  This Pakistani Ali G is absolutely fucking hilarious and I long for a spin-off TV-show - the Adventures of RPG! Come on BBC! Make this happen!
MOGUL MOWGLI has a running time of 89 minutes. It played Berlin 2020 where it won the FIPRESCI prize, and it is currently playing as part of the BFI London Film Festival 2020.  It will be released in the UK on October 30th.
Posted by Bina007 at 19:24