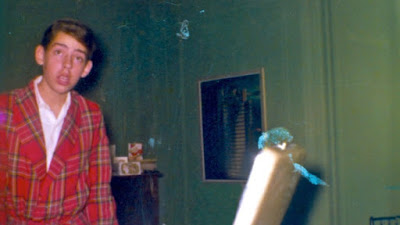 MAKING WAVES: THE ART OF CINEMATIC SOUND is an absolute must-see doc for anyone who loves cinema. It's a fascinating primer on all those behind the lens talents who create the soundscape of the films we watch.  With admirably clear organisation director Midge Costin takes us through the history of sound in cinema, from the silent era, to those mono sound-tracks with unimaginative off-the-shelf sound FX, to the rise of stereo, then quadrophonic sound, to the modern age. We hear from all the greats - whether those who commissioned or created the sound. I was delighted to see Barbra Streisand given real credit for how she pushed the studio to give her the time and money she needed to get the sound just right on her version of A STAR IS BORN.  We hear from her, as well as pioneers such as David Lynch, Lucas, Spielberg and Lassiter. And as for the talents in the sound business, we begin with Walter Murch of APOCALYPSE NOW fame, then onto Ben Burtt from STAR WARS, and onto the contemporary men, AND women, who create the sounds that pique our imaginations.

Not only was the history of sound fascinating, but I also loved the final segment which took us through what each individual part of the sound spectrum did - from recording voices in production, to adding in sound effects, to ambient environmental sound, to the score.  If you ever wondered what ADR was, or what a foley artist did, this is your film.  You also get to see what re-recording mixers do.

I learned so much from this documentary, but what was really wonderful was just feeling the passion and talent of all the interviewees.  This is why I love movies about making movies!  They simply reignite my passion for this craft, and make me appreciate all the more the unsung heroes who make it happen.

MAKING WAVES: THE ART OF CINEMATIC SOUND has a running time of 94 minutes. The film played Cannes, Tribeca and London 2019. It will be released in the USA on October 26th and in the UK on November 1st.
Posted by Bina007 at 21:43