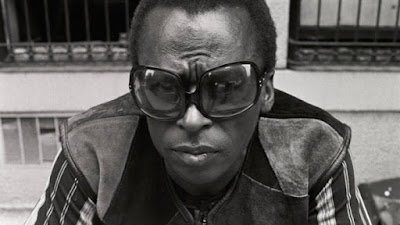 Stanley Nelson (BLACK PANTHERS: VANGUARD OF THE REVOLUTION)  has created an impeccably constructed, and arguably definitive, documentary biography of the iconic jazz trumpeter Miles Davis. His film, MILES DAVIS: BIRTH OF THE COOL is both musical and personal biography and benefits from incredible access.  On the musical side, we have talking heads from band members, music historians and contemporary musicians who were deeply affected by his work - most articulate of all is Carlos Santana. On the personal side we have very moving interviews with his lovers.  What comes across is a nuanced and clear-minded picture of a musical genius struggling with his own demons.  The movie never shies away from telling about his jealously abusive relationships, his drug addiction, and neurotic anger.  As his first and most significant lover, Francine says at the end, one wonders how such a violent man can create such beautiful music.  You also feel very deeply how much Miles was loved to the end, even while people acknowledged how difficult he was to deal with.  The result is a deeply compelling, moving and elucidating film that brings unparalleled depth to our understanding of this musician. For example, I had never truly appreciated how far his later works were laying down the foundations for hip-hop and garage until this film. And insofar as his struggle was part of the wider struggle of black men to get respect in white America - and his humiliations unshielded by his wealth and fame - one would hope that this film would have some appeal beyond jazz aficionados.

MILES DAVIS: BIRTH OF THE COOL has a running time of 100 minutes. It played Sundance 2019 and was released in the USA in August. It is playing the London Film Festival and does not yet have a commercial release date for the UK.
Posted by Bina007 at 10:54