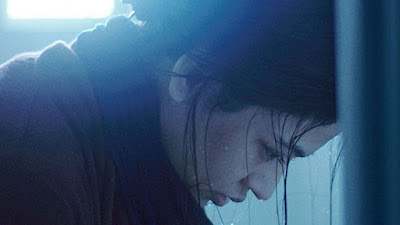 Bangladeshi writer-director Abdullah Mihammad Saad (LIVE FROM DHAKA) returns to our screens with a brutal drama about a woman attempting to bring a sexual predator to justice.  That woman is Rehana, a Medical professor in contemporary Dhaka. In the opening scenes we learn that she is a deeply stressed out single mother who does not suffer fools gladly. Rather than let cheating students slide, she hauls them out of class, living her life by an austere set of personal rules. These rules are challenged when Rehana witnesses student Annie leaving the office of Professor Arefin in some distress. It becomes clear that Annie has been assaulted, but despite Rehana's pleas, she won't report him to the authorities. After all, in a misogynistic society, won't the authorities blame Annie for going to Arefin's office alone? And what about her father who sacrificed everything to get her into medical school?  This leads us to the provocative second half of the film where Rehana decides to take matters into her own hands and report the rape with herself as the victim and to take the consequences of that - including a brutal campaign to get her sacked and alienating her family.  It's a plot point that some might find controversial given the danger of making false rape allegations appear normal, when they are in fact very rare indeed, but I feel the film fully explores those consequences.

REHANA is, then, a powerful and rightly tough watch.  The lead actress, Azeri Haque Badhon is absolutely stunning in her portrait of a good woman driven to extremes by a corrupt system. She makes questionable choices but it's to Badhon's credit that we feel empathy for them. I also absolutely loved the girl playing Rehana's daughter Emu, and the symmetry in their behaviour is chilling, even down to Rehana calling her Mummy and Emu calling Rehana Mamma. In a brutal final scene, Emu is protesting against her mother's actions and we see Rehana become as violent as the protestors who earlier blocked her exit.  We see the full emotional price of Rehana's earnest ideals.

REHANA has a running time of 107 minutes. The film is the first from Bangladesh to be selected for the official competition at Cannes 2021 and it also played Busan and the BFI London Film Festival.