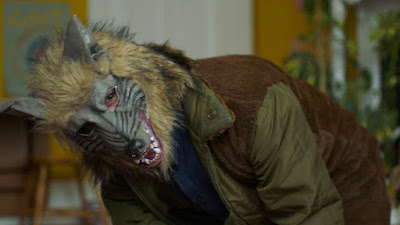 Debut documentary feature director Sam Firth has made a deceptively simply but emotional fraught documentary about her own parents' marital breakdown and the impact that had on her own ability to be in a successful relationship. She begins by exploring archival material from her childhood and then by interrogating her own memories and that of her parents. They are game enough, even attempting a studio where Firth recreates scenes from her childhood, including painful memories of verbal and physical abuse. What's fascinating but unsurprising is how the three participants have very different perspectives on what happens. In particular it's fascinating seeing the dad parse hitting the mum as a slap or not a punch or as an act of aggression versus slapping a hysterical woman. It's also really hard to watch the daughter take in new information that contradicts long-held "memories" and reconcile the parents she loves now with the people they were then. This is really superb documentary film-making, even if at times I felt deeply voyeuristic watching what is in effect somebody else's therapy.
THE WOLF SUIT has a running time of 74 minutes. It is playing at the BFI London Film Festival 2021 and does not yet have a commercial release date.
Posted by Bina007 at 22:16