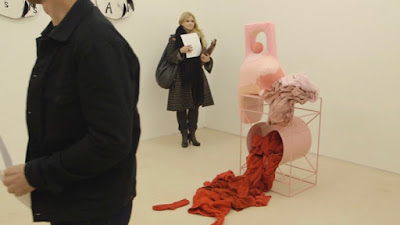 THE STREET is a fascinating but half-examined documentary about the gentrification of East London, and the impact this has on the local low-income community. The word "community" is a deeply charged one here. Many of the interviewees who live or work on Hoxton Street clearly see their community as being "English" - Caucasian, multi-generational East-end residents. They don't hold with "poncy" foreign food or vendors who "can't speak English properly". This is transparently racist. Later in the documentary, we are given half an explanation of why this strength of feeling might exist: with social housing in such short supply, and homelessness on the rise, being held back in a queue for housing because a newly arrived immigrant family has taken in causes "strong feelings".

The good news is that the director, Zed Nelson, does not blame immigrants - indeed at many points he shows them to be contributing to the local economy and actively helping the community by organising soup kitchens. Rather, he gives us three villains of the piece - the Conservative government's austerity policies that cut welfare and increased homelessness; the property developers converting derelict existing buildings into luxury flats; and the seemingly oblivious Nathan-Barley-esque invading trust-fund hipsters. I have no problem with Nelson focusing on these groups, although the picture is more complex, as his own documentary shows. It turns out that the art gallery previously shown as pretentious employed a dynamic young British-African woman called Khadija who died tragically in the Grenfell fire. At her memorial service we see a new kind of community gather, no less heartfelt or valid than the old Hoxton community.

My only issue with this doc was its reluctant to call out LOCAL and therefore Labour Party politicians for allowing rampant re-development. As much as it might be easy for progressive film-makers to finger a Tory government, it's the local government that determines local planning consents and negotiates the proportion of any new development that is social and affordable housing. The dirty secret that isn't brought to light is that the left-wing council in Hackney WANTS gentrification because it increases the tax base and reduces the welfare bill.

THE STREET has a running time of 94 minutes.  It is playing at the BFI London Film Festival 2019 and does not yet have a commercial release date.
Posted by Bina007 at 20:42