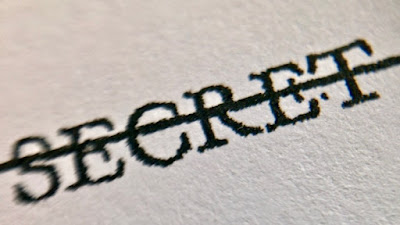 In 1953, Iran was ruled by a popular left-wing Prime Minister called Mossadegh who nationalised the Abadan oil fields, much to the chagrin of the state owned British oil company that was reaping the profits. So, the CIA and MI6 funded and plotted a successful coup d'etat that returned the more pliable but dictatorial Shah of Iran to power. Naturally he was about as popular as a shit sandwich, and this resulted in the revolution that brought religious fundamentalists to power, and tanked Iranian-Western relations to this day.

This film is an important and earnest one that attempts to tell us what really happened during that coup, and to provide proof of what MI6 has never admitted - of British involvement in the coup. In its final hour the film is absolutely compelling, thrilling and vital. It takes us step by step though the coup using a multiplicity of voices uncovered from outtakes from a 1980s British TV doc unearthed in the British Film Institute archive - interviews recorded with Iranians present at the time by an amateur historian in Berlin - and most interestingly Ralph Fiennes acting an interview with the key MI6 man that was then redacted from the 80s TV show, but also unearthed by the film-makers.  They also use beautifully rendered animation to take us through the violence of that night.

Arguably even more importantly the film-makers successfully argue that this was a pivotal event in post-colonial history. That the lesson learned was that it was cheaper to stage a coup than to fight a hot war, and that this became the model for CIA operations to this day. In one very chilling shot, the film speeds from box to box of archives of coups throughout the world.

The problem with the film is that the director Taghi Amirani and his producer and co-creator Walter Murch, feel it necessary to waste an hour taking us step by step through how they pieced the story together.  I get they are proud of their long and arduous journey through archives to uncover the story. But it just holds us up. Frankly, it comes across as indulgent and tedious. That said, this is an important film. Just skip the first 45 minutes.