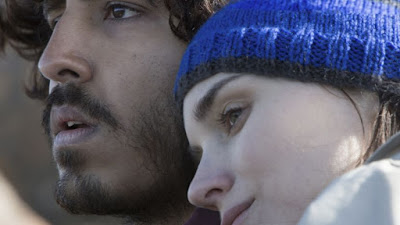 LION is an emotionally intense human interest story that comes complete with lovely cinematography.  However, a straightforward structure, slack pacing and ho-hum soundtrack prevent it from being truly great, as opposed to a well-made tear-jerker.

The film is based on the memoirs of Saroo Brierley. He was born in a small north Indian town in the early 80s, but through a twist of fate was separated from his family and ended up on a train to Calcutta, 1600km away.  Unable to speak Bengali, or even knowing the name of his hometown, the boy becomes one of many homeless children, and only narrowly escapes a predator to end up in an equally brutal state orphanage. But a kindly social worker intervenes and arranges for him to adopted by a white Tasmanian family, where it appears that he lived a very happy childhood.  However, when Saroo goes to university he finally meets people from India, and this triggers a wave of memories and a desire both to find his birth family, but not to hurt his adoptive parents.  And so begins a needle in the haystack search for a faint memory of a train station with a water tank, without even knowing if he'll find his family at the end of it.

The film works well as an emotionally affecting heart-warming story about a kind and loving adoptive family and girlfriend who support the protagonist in his search for his birth family.  The final half hour of this film genuinely moved me to tears.  My Australian friend also confirmed that British actor Dev Patel (SLUMDOG MILLIONAIRE) had a pitch perfect Aussie accent, although trumped in the performance stakes by Sunny Pawar as his younger self.  Nicole Kidman is superb as Saroo's adoptive mother in an admittedly small role, but David Wenham as the father and Rooney Mara as the girlfriend have even less to do except be supportive.  Behind the lens, DP Greig Fraser (FOXCATCHER) captures beautiful landscape shots of India and Tasmania.

I had more of a problem with the pacing of the film, which is exceptionally slow in its first hour.  I wondered if the director, Garth Davis (TOP OF THE LAKE), may have benefited from starting with the adult Saroo at home in Tasmania, and shown his childhood story in flashback, as he remembered it. I also would've liked more gritty confrontation and interrogation of the ethics and politics of adopting foreign children. That Saroo's brother Mantosh clearly had a much tougher time assimilating into his new family suggests it's not all sunshine and hugs, and this might've proved a more interesting counterpoint to the main storyline.