The following short features are  showing as part of the BFI London Film Festival Short Film Award Programme 1.  Tickets are still available for both screenings. 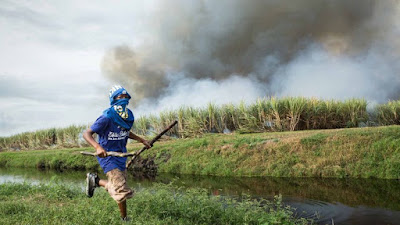 THE RABBIT HUNT opens at sunrise on a beautiful landscape shot of Pahokee, Florida, before we cut to a factory belching out steam, and then to a large extended family preparing for some kind of excursion in near blinding sunlight.  A sugarcane field is set on fire and the smoke obscures the landscape and in its ruins the family catches wild rabbits, stringing them up onto their belts.  We then see the rabbits skinned and cooked and sold, making this an inappropriate film for the faint-hearted or vegetarians. (Conversely, meat eaters should not watch this hungry as those rabbit thighs dripping in hot sauce look SO good!)  Patrick Bresnan's 12 minute is beautiful shot and framed, and does what all great documentaries do - it takes into the heart of something obscure that we would't otherwise have a chance to see, understand or be provoked by. I look forward to seeing his feature length treatment of the same locale, now in post-production. 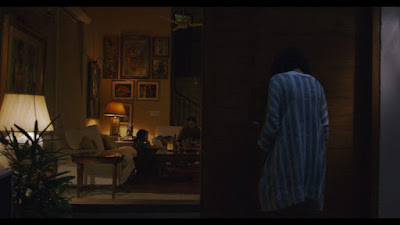 GODDESS/DEVI is set in contemporary Bengal and starts in the midst of a foul-mouthed fist-fight as men cruelly taunt a woman for being gay. The girl in question - Tara (Aditi Vasudev) - is picked up by her disapproving mum (Tanvi Azmi) and brought home to the sounds of cheesy Bollywood songs with their promise of everlasting heterosexual romance.  Once inside the confines of the house, we realise that Tara is attracted to Devi (Priyanka Bose) - the maid - and these feelings are reciprocated.  However, the mother's interruption provokes so many questions that are brilliant left ambiguous by director Karishma Dube.  This 13 minute movie is outstanding insofar as it contains a fully developed, provocative story with nuanced characters within its short running time.  By the end we aren't sure if Tara's feelings really were genuine or whether she just didn't have enough courage to defend Devi.  Is she just as bad as her mother, who summons a new maid with a portable door bell, and idly eats her breakfast as she washes the steps?  What does it say about contemporary India that the rich speak to each other in English and address the poor in a different language.  Has Tara unwittingly taken on this proprietary attitude?  I could talk about this film for far longer than its running time and that speaks to its richness. 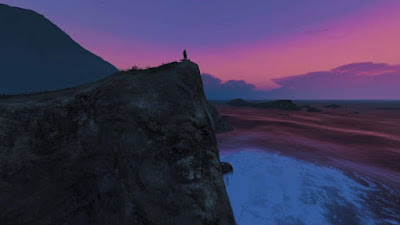 MARTIN PLEURE/MARTIN CRIES is a devastatingly dark tragicomic 16 minute film from director Jonathan Vinel about a teenage boy who wakes up one day to find all his friends have disappeared.  It's filmed as a kind of contemporary video game, opening with the guy kicking the crap out of his bedroom, and then taking out his frustration in a variety of game levels to rap music.  The most brilliant part about this film is how one realises from little clues, like the avatar like names of the friends, the fact that they somehow evaporated, the activities that they did together, that Martin is a kind of character inside a kind of Tron.  It's ambiguous as to whether he's the avatar of a real-life kid who's been ghosted by other online players. Or whether he's an AI with no-one to play with any more. Either way this is a beautifully imagined and slipper film with all kinds of strange implications for the nature of modern "friendship" and alienation.  It's frightening and bizarrely affecting and believable. 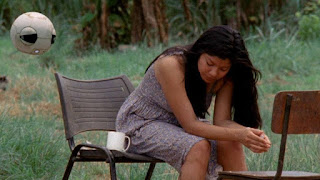 THE ARTIFICIAL HUMORS /OS HUMORES ARTIFICIAS is a delightful film by Gabriel Abrantes (A BRIEF HISTORY OF PRINCESS X) about an AI robot called Andy Coughman (geddit?!) who is being programmed by his maker to be a stand-up comedian.  While researching facial reactions to humour Andy falls for a young indigenous girl and that relationship continues to blossom when she smuggles herself to Sao Paolo to escape her strict family.  Once there, Andy continues his "sentimental education" but a bout of reprogramming plus social media fame distracts him from his true love.  She is left behind by the modern world, and her opportunities are muted - so what does it say about us and her family that the most attention and love she receives is from an AI? Provocative but also sweet, the longer-running time of 29 minutes is well used.
Posted by Bina007 at 17:27