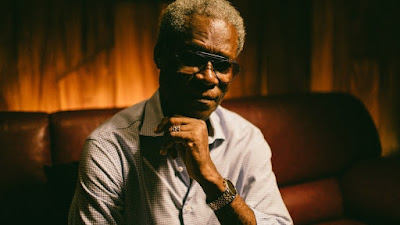 This wonderfully nostalgic doc charts the story of the first and most influential British black independent music label - the iconic Trojan Records. These are the folks who brought the latest ska and then reggae records over from Jamaica to the West Indian community living in England in the 1960s. And then that music started to cross-over to white working class kids and for a couple of years in the early 1970s dominated the charts.  We're talking about iconic classics from Desmond Dekker to The Specials to The Maytals - everything from Everything I Own to Longshot Kick The Bucket to The Liquidator.  And thanks to interviews with the labels founders, some of the key musicians and producers, not least the insanely brilliant Lee Scratch Perry and Bunny Lee, we get to see how the musical trends built on what came before.

Thanks to my wonderful parents, this was the sound-track of my youth, on vinyl - but it was also the soundtrack of my youth because a new generation of Two Tone artists were also listening to these tracks and being inspired by them.  So while Trojan Records may have gone into liquidation in 1975, they were still resonating through The Clash and onto The Specials, Selector, Bad Manners and yes - even Madness. All I can say is that the 1980s was a great time to be a kid because of all of these great artists. And the lyrics just never got old.  A Message To You Rudy was just as urgent in the 80s as 60s. And to hear Young, Gifted and Black as a young girl of colour in the 80s was just as powerful and inspirational as it must have been a decade earlier.  So let's just say that I was pre-programmed to love this documentary and finally get the context and insight around the tracks I loved.

That said, there were two things that didn't mesh with me. The first was the use of recreations of historic events. It just felt like it was a bit corny and slowing the action down. Especially as we never understand why the original Trojan - a sound system guy from Jamaica was running around shooting wurlitzers and never smiling. I felt I'd rather just have more talking heads of musicians over great music.  And the second was the fact that the director - Nicolas Jack Davies - skates over the financial shenanigans and demise of Trojan. I wanted to know what happened to the money!

RUDEBOY: THE TROJAN RECORDS STORY has a running time of 86 minutes. This film does not yet have a commercial release date.
Posted by Bina007 at 21:40